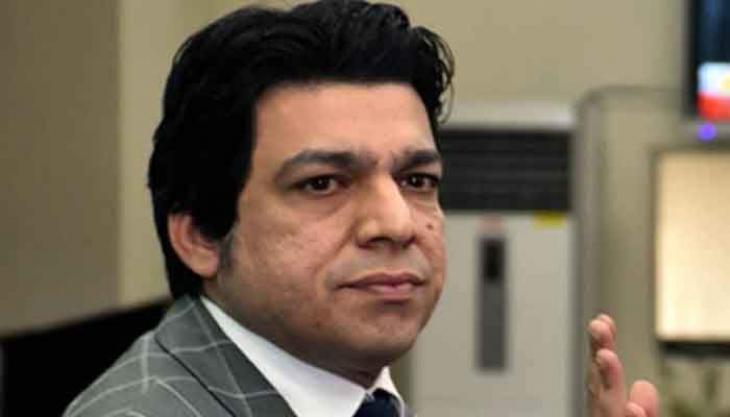 A three-member bench, headed by the CEC, conducted the hearing, during which Vawda’s counsel remained absent due to the illness of a family member.

ISLAMABAD: (UrduPoint/UrduPoint / Pakistan Point News-Dec 2nd, 2021) The Election Commission of Pakistan (ECP) has given Senator Faisal Vawda and other parties a last chance to submit their explanations and arguments on a petition seeking disqualification of Pakistan Tehreek-i-Insaf senator for hiding information pertaining to his dual nationality.

A three-member bench, headed by the CEC, conducted the hearing, during which Vawda’s counsel remained absent due to the illness of a family member.

Chief Election Commissioner (CEC) observed that it has been established now that Vawda had dual citizenship and if he had renounced his foreign nationality, he should submit a renunciation certificate.

“If no one appears on the next hearing, we will reserve the verdict [on the matter],” the CEC said, observing that the commission had to conclude the cases and begin preparations for the next elections.

During the hearing, the CEC gave Vawda the options to either submit his arguments in writing to the commission, in which case the ECP bench would reserve its ruling on the matter, or present the arguments himself so that the bench could issue a verdict.

Vawda contended that he possessed dual citizenship by birth.

On it, the CEC pointed out that the issue was whether Vawda had dual citizenship at the time of filing of his nomination papers for contesting the 2018 general elections.

At this, Vawda expressed ignorance of the paperwork pertaining to the renunciation of the nationality of any country, saying that he had also surrendered his American passport. He also told the commission that he was not previously aware of the requirement to submit a renunciation certificate as well, saying that he would now try to obtain one.

Regarding the submission of a copy of his renunciation certificate by the petitioner at a previous hearing, Vawda said: “Seven such certificates are circulating on social media. Which one of these should I consider to be the right one? [And] I don’t know how the petitioner got the certificate.”

He sought more time to submit his reply on the plea and pleaded to the bench to dispose of the case.

During the hearing, the ECP Sindh member also rebuked the assistant lawyer representing Vawda over his failure to submit a file relevant to the matter.

He said, “they have decided not to let the case proceed,”.

The CEC noted that the Islamabad High Court, where the plea for Vawda’s dismissal was originally filed, had directed the ECP to conclude the case within two months.

“We have to start preparing for the next general elections as well and will not let the proceedings [of this case] delay anymore,” he said, adjourning the hearing till December 23.

Dost Ali, a citizen, filed the petition in 2020 and challenged Vawda’s election as a member of the National Assembly (NA) in 2018, submitting that when Vawda filed his nomination papers to contest the elections, he held dual nationality as he was a US citizen as well. The petitioner stated that since Vawda had furnished an affidavit to the ECP to the effect that he was not a national of any other country at the time of contesting the elections, he had made a false statement on oath, hence he must be disqualified under Article 62 (1)(f) of the Constitution.

Vawda had resigned from his NA seat hours before he was elected a senator in March this year.