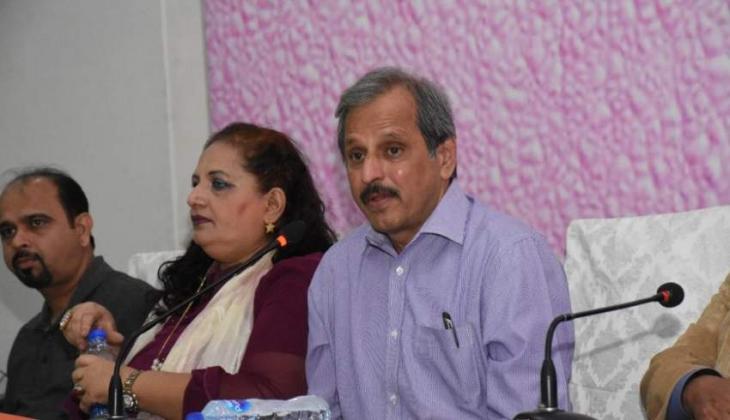 WASHINGTON (UrduPoint News / Sputnik – 03rd December, 2021) ASHINGTON, December 3 (Sputnik), Ekaterina Chukaeva – For years the United States has been battling substance abuse, but has so far failed to address it as an epidemic, which led to record overdose deaths during the first year of COVID-19 lockdowns, Garnet Druhot-Close, a mother of three addicts and an activist, told Sputnik.

In November, an alarming report revealed that over 100,000 Americans died of drug overdoses in the twelve month period ending in April 2021, which is the highest annual death toll from drugs. Deaths from drug overdose thus surpass deaths from gun violence, pneumonia and car crashes. Reacting to the report, President Joe Biden pledged to continue battling the US drug overdose epidemic by strengthening prevention and treatment.

Druhot-Close, from Pennsylvania, is no stranger to the tragedy mentioned in the report. Three of her five children were involved in drug abuse and one of them a son died due to complications from intravenous drug use. His story is included in a book entitled “Ripples: Effects of Addiction,” to which she contributed and which was released this June.

“My oldest daughter is in jail for selling drugs. My middle son just completed his first rehab and I am worried he is slipping. My youngest two have watched their siblings die and go to jail. We also lost a grandson who was murdered by his father’s brother because my oldest daughter was running from the police and not at home being a mommy,” she shared in her heartbreaking story.

Druhot-Close hopes to save her younger son from the ravages of drug abuse, as well as many others who are suffering from the same addiction. She believes that the deaths from drug overdose mentioned in the recent report were preventable.

“If we stopped criminalizing addiction, and started treating it. It is a sad state when you cannot convince a law officer that addiction is very much a disease. I would bet that 40 percent if not more Americans believe addiction is a moral breakdown, not a mental health issue,” she said.

Speaking of how the pandemic affected the drug abuse problem, at least in the small rural community where she lives, Druhot-Close said that substance abuse had “skyrocketed.”

“We have so many young people that got lots of money and had nothing but time on their hands. I speak to many of them that say their habit rose by at least half during the pandemic. Now they are homeless and trying to find a way to fight their habit. Most commit non-violent crimes (steal from family and friends…),” she said.

Druhot-Close believes that the official numbers are significantly watered down.

“If you added obvious drug-related deaths the numbers would be mind-numbing,” she explained.

“The problem with this question is that too little had been done before the pandemic. If we had looked at addiction as an epidemic before this I would have more hope. We don’t do enough research to really address substance abuse. For far too many years we have battled it instead of trying to understand and fix it,” she said.

The US needs “tons more” housing for those trying to find recovery, Druhot-Close stated.

“We need to make navigating the health care system for substance abuse easier. We also need to make recovery part of our criminal institutions. You can’t just take away their drug of choice and think they are fixed. Make them start recovery from day one of being arrested,” she said.

Synthetic opioids such as fentanyl continue to be most commonly available on the street and are wreaking havoc in many states. According to the CDC, these substances caused about 64% of all drug overdose deaths in the 12-month period ending April 2021, which is up 49% from the previous period.