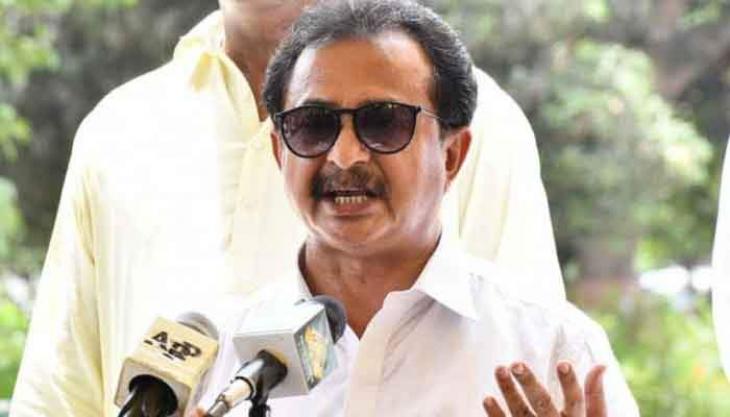 Haleem paid a visit to Salar Goth village of district Malir, to meet Nazim’s widow Shereen Jokhio and other family members. He inquired about progress on the case and assured every possible assistance.

Haleem Adil Sheikh while talking to media persons at the occasion said that Prime Minister Imran Khan has formed a Joint Investigation Team to probe into Nazim Jokhio murder case and killers of the father of innocent children would reach at the logical end.

He paid the visit in response of an appeal by Shereen Jokhio as from the first day they had helped the victim family and were still with them, he said adding that “We fought the case of Nazim Jokhio in Sindh Assembly and raised voice against the barbaric act but when we heard about dialogue between both the parties for out of court settlement we did not intervene for some time so that these people could not accuse us of obstructing the process.” They had been there again as Shereen Jokhio, two days ago, appealed for help, Haleem said adding that “Shereen Jokhio is our daughter and we will take every possible step for justice to her.” After JIT Sardars were pressurizing the affected family to withdraw the case and settle the issue, he noted and added that Sardari system has destroyed the entire Sindh.

An oppressed daughter of Sindh has appealed for justice and PTI was standing besides the oppressed family for the sake of humanity and not for mere political point scoring, he said.

Haleem said that he had seen dead body of Nazim Jokhio with signs of torture on every part of the body.

He lauded courage and bravery of Shereen Jokhio and mother of the slain Nazim Jokhio and other family members who were determined for the cause of justice and standing in front of influential sardars.

He demanded that assassins of Nazim Jokhio must be brought to justice and hanged publicly.

Widow of Nazim Jokhio while speaking at the occasion said that Nazim had not any personal enmity with Sardars and he was brutally murdered because he dared to challenge the Sardars.

She appealed for justice and said that CM Sindh Murad Shah promised measures to grant us justice but nothing was done to fulfill his commitments nor the Sardars were removed from public posts.

She also expressed her gratitude to Haleem Adil Sheikh for extending assistance to the victim family.

Brother of slain Nazim- Afzal Jokhio- speaking to media said that it was responsibility of Sindh government to ensure justice to the victim family but provincial ministers were sleeping in their homes. He also paid thanks to Haleem Adil Sheikh for responding to their appeal for justice and paying a visit to them.