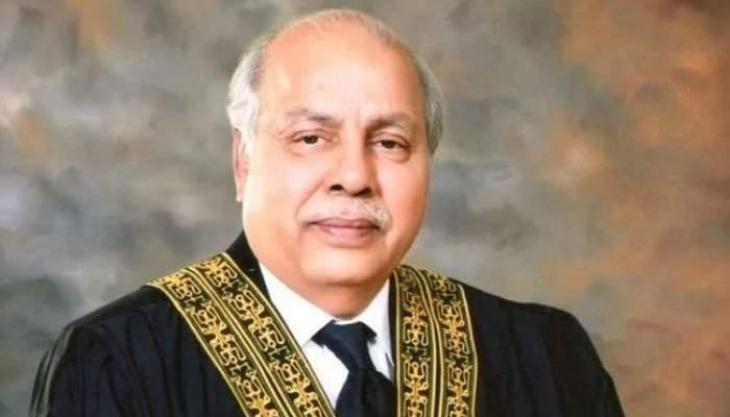 CJP Gulzar asked the Advocate General about the billions of rupees kept for the health sector in Khyber Pakhtunkhwa.

ISLAMABAD: (UrduPoint/UrduPoint / Pakistan Point News- Jan 4th, 2022) Chief Justice of Pakistan (CJP) Justice Gulzar Ahmed on Tuesday took exception to the performance of the Khyber Pakhtunkhwa government, observing that it did not do any work in the health sector.

The CJP asked the about the billions of rupees of the KP government.

“Where have all those billions of rupees of KP government gone?,” asked CJP Gulzar while hearing a case related to rising cases of breast cancer in Islamabad on Tuesday.

The CJP remarked that the government hospitals did not have X-ray machines or oxygen systems in KPK.

The Advocate General of the province apprised the court that the KP government started delivery of health cards so the citizens could avail various health facilities.

He said that every registered family would be able to get treatment facility of up to Rs1 million.

At this, the CJP remarked, “You must have allocated Rs5 to 6 billion so that people can make money out of it,”.

Justice Jamal Khan—the another member of the bench—took notice of the poor situation at hospitals of Balochistan.

“What about the budget of health sector in Balochistan? Where is it?,” the judge asked.

The court adjourned further hearing of the case for the next week.