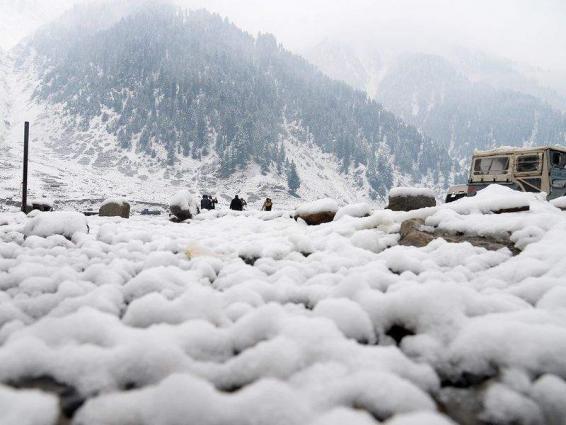 The Metrology Department has forecast that the snow and rainfall would continue till Friday and it is expected that the upper parts of Hazara division would receive a huge pile of snow.

Despite the efforts of Galyat Development Authority (GDA) and other departments to clear the main Murree road for all sorts of vehicular traffic, continuous snowfall from the morning blocked all roads leading to Galyat and Thandyani.

The roads in dozens of villages of Galyat and Thandyani area were completely blocked and people were stuck in their houses.

The situation of Kaghan and Naran is identical where almost all roads were blocked due to heavy snowfall as till Tuesday evening, the area has received up to 10 inches of snowfall.

In Galyat, many tourists have been trapped as the snowfall has blocked the roads where heavy machinery of GDA, KPHA, C&W departments is working to open the main Murree road.

Once again GDA has requested tourists to avoid traveling to Galyat during heavy snowfall and to enjoy the live snow, they must use tyre chains while traveling in Galyat.