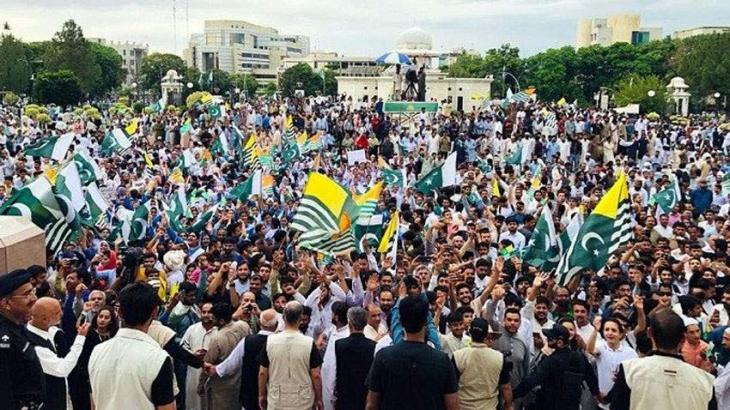 The United Nations Security Council on January 5, 1949 passed a resolution supporting the Kashmiris’ right to decide their future by themselves through UN-sponsored plebiscite.

MUZAFFARABAD: (UrduPoint/UrduPoint / Pakistan Point News-5th, 2022) Kashmiris on both sides of the Line of Control and the world over are observing the Right to Self-Determination Day today (Wednesday).

It was on the 5th of January 1949, when the United Nations Security Council passed a resolution supporting the Kashmiris’ right to decide their future by themselves through UN-sponsored plebiscite.

The day will be marked by various activities including rallies, seminars and conferences across the world to remind the UN that it must implement its relevant resolutions to settle the Kashmir dispute to save the Kashmiris from the Indian brutalities.

According to Kashmir Media Service, the youth were martyred by Indian troops during a cordon and search operation jointly launched by Indian Army, Central Reserve Police Force and Police in Okey area of the district.