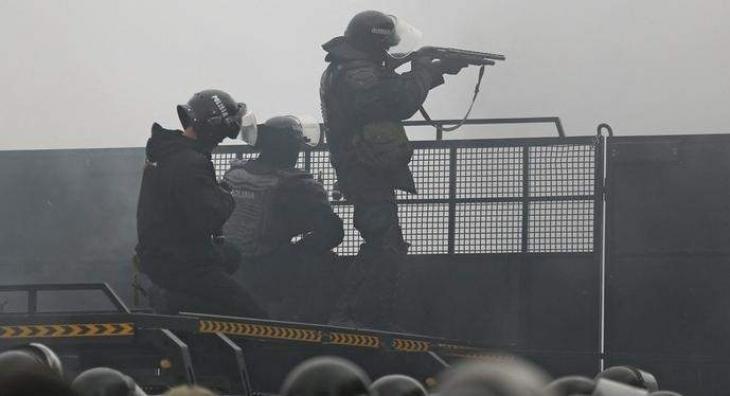 Germany is monitoring violence in Kazakhstan with great concern and calls for de-escalation from all parties, German Federal Government Deputy Spokeswoman Christiane Hoffmann said on Friday

“The German Federal Government, of course, is monitoring the actual development (of the situation) in Kazakhstan with great concern and attention, (monitoring) the violence there, and calls on all parties for immediate rationality. We believe that violence cannot be the adequate response and call on all parties for de-escalation and peaceful resolution of the situation,” Hoffmann said in a briefing.

“The same responsibilities on defending human rights, of course, apply to the CSTO forces in Kazakhstan .

.. It is common that military personnel have no knowledge on handling civilian rallies. In this regard, we call on them for special carefulness and we will closely monitor the development (of the situation) there,” German Foreign Ministry Spokesman Christopher Burger added in a briefing.

People have been protesting in Kazakhstan since a twofold increase in gas prices on January 1. Despite the government‘s attempts to manage the situation and promises to decrease prices, peaceful protests turned into clashes with law enforcement officers in several regions of the republic, including the largest city of Almaty. Kazakh President Kassym-Jomart Tokayev asked for the CSTO’s assistance in resolving the issue. The first contingent of the CSTO Collective Peacekeeping Forces arrived to Kazakhstan on Thursday.