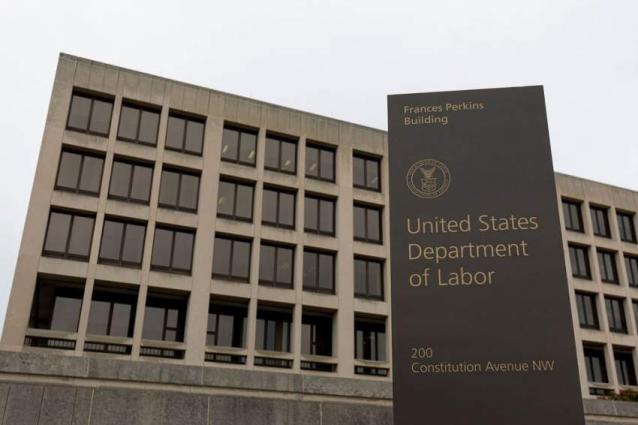 US employers added 199,000 jobs in the month of December, underperforming economists’ expectations by more than a half but the country still achieved the “maximum employment rate” as defined by the Federal Reserve, government data showed on Friday

WASHINGTON (UrduPoint News / Sputnik – 08th January, 2022) US employers added 199,000 jobs in the month of December, underperforming economists’ expectations by more than a half but the country still achieved the “maximum employment rate” as defined by the Federal Reserve, government data showed on Friday.

“Total non-farm payroll employment rose by 199,000 in December, and the unemployment rate declined to 3.9 percent,” the US Labor Department said in a news release.

Economists polled by US media had forecast an addition of 450,000 positions in December, and the Labor Department reported less than half of expectations.

But the Labor Department still said that the unemployment rate slid to 3.9% last month from November‘s 4.2%. Any jobless rate of 4% or below is defined by the Federal Reserve as maximum employment.

Economists took that positively, despite the underwhelming jobs numbers for December.

“The headline … is disappointing once again,” economist Adam Button said in a post on ForexLive. “But there’s plenty of fuel here to believe whatever you like.

All the evidence I see points to robust hiring everywhere.”

The global outbreak of the coronavirus two years ago sent the US economy into a tailspin and unemployment to a record of 14.8% by April 2020. Since then, the world‘s largest economy has added hundreds of thousands of jobs a month, even crossing the 1 million mark at times.

President Joe Biden commented on the recovery on Friday, noting that it was the fastest growth in employment from a recession.

Aside from the sheer improvement in jobs numbers over the past two years, the US labor market is seeing one its greatest transformations ever after COVID-19 measures upended labor supply and work trends, putting employees’ demands above those of employers.