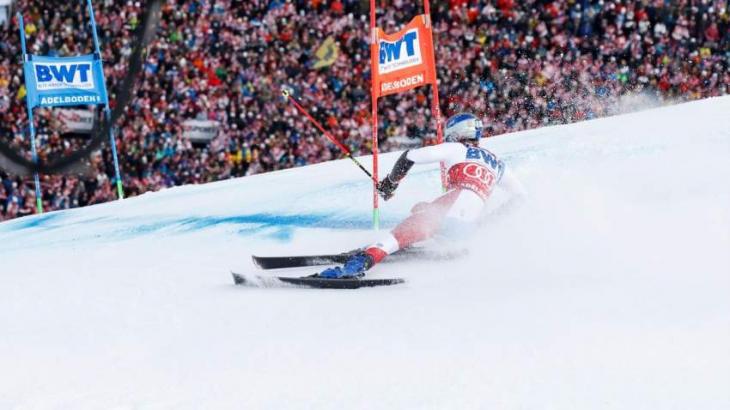 The local favourite, who heads the race for this season’s big crystal globe, coped best with the icy conditions and poor light, topping the first run and finishing second in the second to become the first Swiss skier to notch up a win in the discipline in Adelboden since 2008.

“I attacked, I took risks,” said a delighted Odermatt after holding on for his first win at home despite “a big mistake” by the 24-year-old on the vertiginous final wall.

“Today with all the fans, it’s very special, the emotions are very high.” Austria‘s Manuel Feller took second at 0.48 sec with France‘s overall World Cup champion Alexis Pinturault returning to the podium, in third at 0.54sec in the final giant slalom event before the Winter Olympics next month in Beijing.

The Swiss skier’s fourth win out of five giant slaloms this season extends his lead in the overall standings on Norwegian Aleksander Aamodt Kilde to 376 points.

“The only one really in his element is Marco,” said Pinturault of the race on front of 11,000 spectators packed into the Swiss resort.

For Pinturault, coming out of a solid autumn in slalom but disappointing in his favourite discipline, it was above all a matter of forgetting the nightmarish stage of Alta Badia, where he was ranked 15th and then 18th of the two giants.

“It’s still far from perfect, but I’m happy to be on the podium. Now we have to try to improve, to catch up with Marco,” said the skier from Courchevel.

“I’m going to go back to work, there is still a big cut before the Olympics,” said Faivre.

If Odermatt and Faivre have a few days to breathe before Wengen, Pinturault will continue on Sunday with the Adelboden slalom, after a very good second place in December at Madonna di Campiglio in Italy.