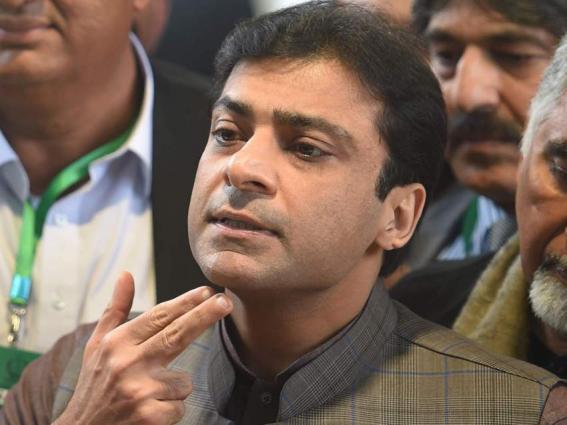 The PML-N leader and Opposition Leader in Punjab Assembly says that Imran Khan is guilty of the nation who failed to do anything.

“Imran Niazi you are guilty of the nation,” said Hamaz Shehbaz while talking to the reporters on Monday.

The PML-N leader said that foreign funding case exposed the ruling PTI and now when the tragedy of Murree took place they did nothing.

“We will bring the responsible to justice in Murree incident,” said Hamza, pointing out that he would also move application for meeting of the house [parliament] on this matter.

“This government cannot get away so easily,” he added.

He also criticized the Punjab government, especially Punjab Chief Minister Usman Buzdar that where he was when people were losing their lives in Murree amid heavy snowfall.

“Where was Usman Buzdar? ,” asked Hamza, pointing out that where his helicopter was who was spotted enjoying picnic on Sunday.

“Buzdar should be ashamed of congratulating rescue teams. These people [the rulers] are the jokers who do politics even on the deaths of the daughters of the nation. There was the capacity of four thousands vehicles but over 100,000 vehicles were allowed entry into Murree that was an administrative failure, said Hamza.

He stated that inflation was higher in Pakistan as compared to the neighboring countries, adding htat the people were suffering and fighting for their survival in the country. It all was because of the failed policies of the ruling PTI, the PML-N leader stated.