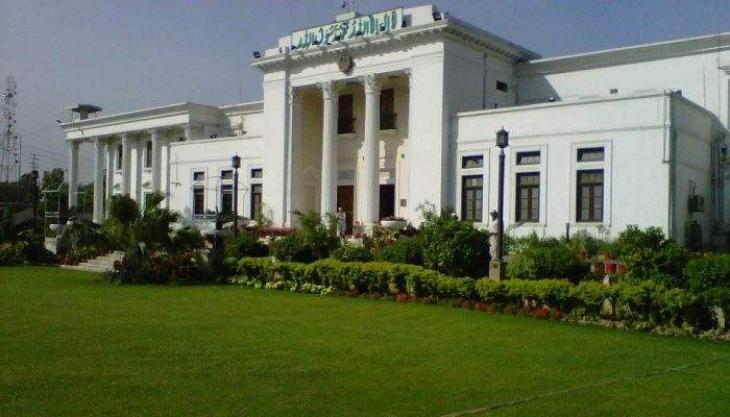 The Khyber Pakhtunkhwa Assembly Monday passed a resolution, recommending the Parliament to set up a coordinated and comprehensive National Disaster Management System (NDMS) through amendment in the law or by introducing a law

PESHAWAR, (UrduPoint / Pakistan Point News – 10th Jan, 2022 ) :The Khyber Pakhtunkhwa Assembly Monday passed a resolution, recommending the Parliament to set up a coordinated and comprehensive National Disaster Management System (NDMS) through amendment in the law or by introducing a law.

Minister for Law and Parliamentary Affairs Fazle Shakoor moved the resolution on behalf of the Minister for Relief, Rehabilitation and Settlement in the House chaired by Speaker Mushtaq Ahmad Ghani.

Speaking on the occasion, Minister for Health Taimur Salim Jhagra said that the disaster management system is centralised throughout the world to cope with any untoward incident, adding that it should not be confused that the provincial government was handing over any institution under the command of the Federal government.

However the resolution was passed with a majority of votes despite being opposed by the opposition benches.

Meanwhile, responding to the questions of Nighat Orakzai of PPP and Khushdil Khan Advocate of ANP, regarding the police department, Minister for Labour Shaukat Ali Yousafzai said that the KP government introduced several reforms in the police department and provided best facilities to the force.

He said that under the reforms the government has made the police department free from political influence to maintain law and order situation in the province more vigorously.

He said that the government was taking measures to further strengthen the police department by providing latest equipment besides addressing other issues including construction of boundary walls of police stations.

He said that maximum expert retired officers were hired by Energy and Power and KPOGDCL on merit and need basis, adding that there was no special law for hiring the retired officers but the department hired them according to their needs.

Provincial Minister Shaukat Ali Yousafzai while responding to the question of Ikhtiar Wali of PMLN said that the Ehtesab Commission was dissolved to strengthen the Anti Corruption department KP.

The question of Sobia Shahid of PMLN regarding deputation officers in the province referred to the relevant committee.

Later, the chair adjourned the assembly proceedings due to lack of quorum till January 11 Tuesday 2pm.