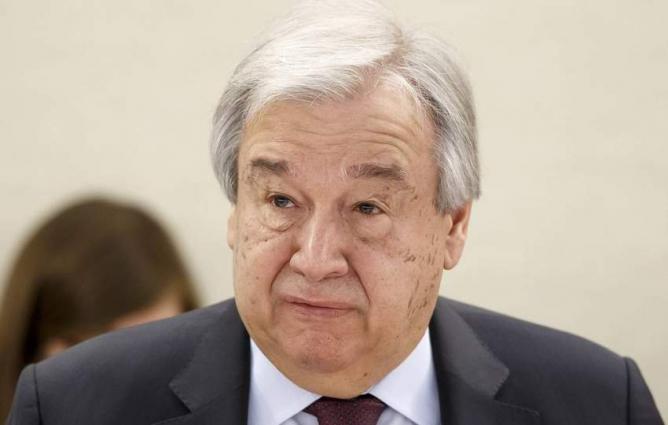 UN Secretary-General Antonio Guterres has still not spoken to Kazakhstan President Kassym-Zhomart Tokayev amid the social and political unrest in the country, United Nations spokesperson Stephane Dujarric said on Tuesday

“He has not,” Dujarric said during a press briefing in response to a question whether Guterres had contacted Kazakhstan‘s president.

Dujarric added the United Nations has had contacts on various levels with Kazakh officials, including through its Special Representative for Central Asia Natalia Gherman and the Permanent Mission of Kazakhstan to the world body in New York.

Meanwhile, a group of UN human rights experts expressed concern about reports that Tokayev had ordered the security forces to respond with lethal force against what he called were terrorists.

“Misuse of the word “terrorism” undermines the security of all and cheapens this term which has a specific meaning in international law,” the experts said in a statement issued earlier on Tuesday.

The experts noted this shows how misguided counter-terrorism measures can be abused by security forces that are unaccountable for actions justified by countering terrorism.

Protests swept across Kazakhstan last week following a sharp rise in gas prices. However the protests turned into riots and the authorities said foreign terrorists tried to hijack the situation to destabilize the country and bring about a violent change of government, Tokayev declared a nationwide state of emergency until January 19 and invited Collective Security Treaty Organization peacekeeping forces to help bring the situation under control.

The president also dismissed the government, appointed a new prime minister and reshuffled the cabinet on Tuesday.

Tokayev said despite the fact that professionals had worked to prepare for the seizure of power in Kazakhstan by violent means, the attempted coup failed.