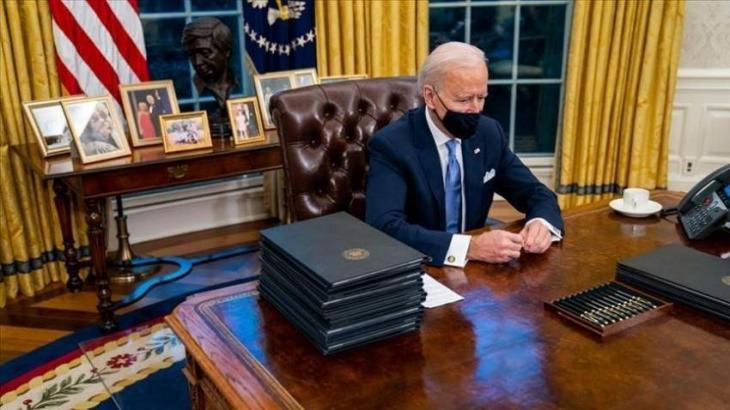 The Biden administration announced new steps to bolster clean energy on Wednesday, including a “record-breaking” offshore wind lease sale off the coasts of New York and New Jersey, with a view to creating high-quality jobs and lowering costs

Several agencies are working in concert to ramp up the development of the offshore wind industry, the administration said. This new American clean energy industry could create as many as 80,000 good-paying union jobs by 2030. One example of the coordination comes from the Department of Transportation which recently announced investments in America’s ports to spur the development, building and staging of offshore wind turbine components.

Meanwhile, the departments of commerce, the interior, and energy have together begun promoting biodiversity, cooperative ocean use and supporting innovation across the country’s supply chain.

Further, the Environmental Protection Agency and the departments of the interior, agriculture, defense and energy are solidifying a new partnership designed to advance the efficiency and effectiveness of reviews of clean energy projects on public lands. This will help the agencies expand onshore wind, solar and geothermal energy, which with the Department of the Interior’s approval of 18 onshore projects in the last year, is expected to deliver 4.175 gigawatts of clean energy.

Lastly, with the Department of Energy introducing a new “Building a Better Grid” project, the US will accelerate the positioning of new transmission lines which will link a greater number of Americans to cleaner, cheaper energy on a more reliable, robust grid. Biden has established a goal of 100% carbon pollution-free electricity by 2035.