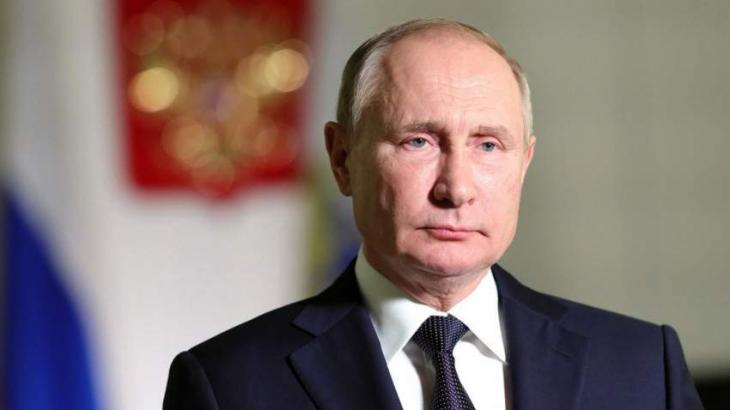 Moscow, (APP – UrduPoint / Pakistan Point News – 12th Jan, 2022 ) :President Vladimir Putin said Wednesday Russia had two weeks to prepare for a fresh wave of coronavirus infections driven by the Omicron variant after the WHO warned of a surge in Europe.

Russia has lifted nearly all the restrictions designed to limit new cases, despite an increasing caseload and growing Omicron infections. It is currently the worst-hit country in Europe in terms of virus-related deaths.

“We see what is happening in the world,” the Russian leader told a meeting of cabinet ministers Wednesday. “We have at least a couple of weeks to prepare.” Regional and Federal authorities should take steps with businesses to limit the impact of the new variant, he added.

The country found itself in an “extremely difficult situation”, said Putin.

He urged Prime Minister Mikhail Mishustin to increase domestic vaccination rates, including with Russia‘s Sputnik-V, which the Kremlin chief said was “perhaps more efficient” that other vaccines used globally.

On Tuesday, the World Health Organization warned that more than half of people in Europe would likely catch Omicron by March.

Russia has only recently emerged from a deadly wave of the Delta variant of Covid-19.

Russia’s statistics agency said in December that some 87,000 people had died from the coronavirus in November alone, bringing the country’s total pandemic related deaths to more than 600,000 — nearly twice the official figure given by a government Covid website.

There is widespread vaccine scepticism in Russia.

Even with several domestically produced jabs available for free for months now, fewer than half of Russia‘s population of 146 million have been inoculated, according to a government tally Wednesday.

Following a strict — but brief — national lockdown in the beginning of the pandemic, Russia has held back on introducing measures to restrain the virus in the hopes of protecting its struggling economy.

The pandemic is also driving a demographic crisis in Russia. In 2020, the population shrank by 510,000 people — the sharpest decline in 15 years, Rosstat calculated.