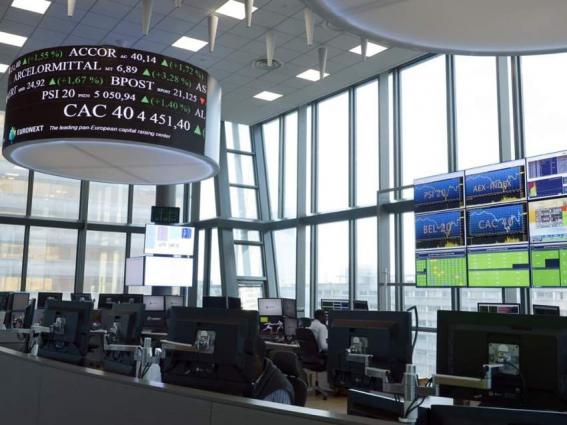 US Federal Reserve chief Jerome Powell on Tuesday said he was determined to rein in runaway inflation, a day ahead of an official update on cost pressures in the world‘s biggest economy.

Meanwhile data out of China on Wednesday showed the country’s inflation had eased, handing policymakers room for measures to kickstart its stuttering economy including interest rate cuts, according to analysts.

“As optimism rises over the economy, inflation remains a key concern and today we could see a new multi-decade high for US consumer prices,” noted Fawad Razaqzada, analyst at ThinkMarkets.

“If CPI comes in hotter than anticipated this could even derail the two-day Nasdaq rally as it would cement (US) rate hike expectations further.” But he added that weaker-than-expected US inflation data should boost equities further, with European and Asian stocks enjoying solid gains Wednesday.

Powell on Tuesday said that inflation was “very near the top of the list” of risks to the economic outlook.

Prices are currently rising at their fastest pace in decades owing to a number of pressures including surging wage growth, supply chain snarls and high energy costs.

The Fed expects a “return to normal supply conditions” in the coming months, Powell said, but “if we see inflation persisting at high levels longer than expected.

.. we will use our tools to get inflation back”.

“Jerome Powell telling the congressional hearing that the US economy will be able to withstand the combination of Omicron and the Fed tightening was music to Wall Street’s ears,” said Matt Simpson of StoneX Financial.

“And with markets getting too used to the idea of inflation being rampant, perhaps expectations (for much higher inflation) are ahead of themselves.” While most observers expect equities to endure some tough times in the near future, they remain broadly upbeat about the outlook for this year.