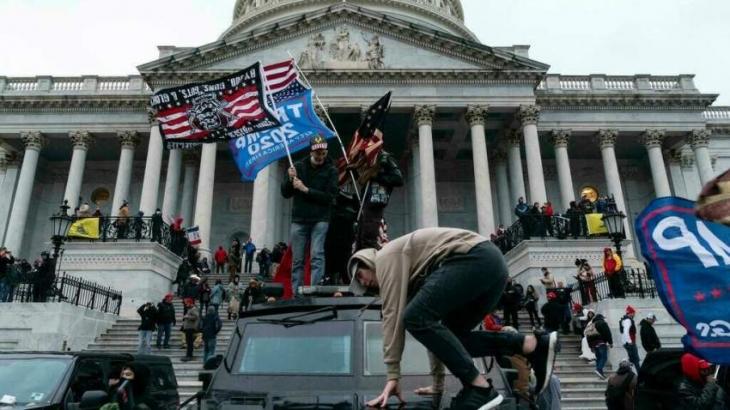 :The Congressional committee investigating the attack on the US Capitol requested Wednesday testimony from top Republican lawmaker Kevin McCarthy, seeking information on his calls with Donald Trump

The request from the Democrat-led January 6 Select Committee set up a clash with McCarthy, the House minority leader, who communicated with then-president Trump at the moment hundreds of his supporters violently stormed the Capitol a year ago.

The committee said McCarthy had been in contact with Trump‘s chief of staff Mark Meadows in the days before the attack, when Trump and aides were planning an effort to prevent Congress from certifying Joe Biden as the next president on January 6, 2021.

“We also must learn about how the president’s plans for January 6th came together, and all the other ways he attempted to alter the results of the election,” committee chairman Bennie Thompson said in a letter to McCarthy.

In addition, Thompson said, “You have acknowledged speaking directly with the former President while the violence was underway.” McCarthy declined the request for testimony Wednesday evening, slamming the committee’s investigation as illegitimate.

The committee “wants to interview me about public statements that have been shared with the world, and private conversations not remotely related to the violence that unfolded at the Capitol.

I have nothing else to add,” McCarthy said in a statement.

“It is with neither regret nor satisfaction that I have concluded to not participate with this select committee’s abuse of power.” In the attack, hundreds of Trump backers forced their way into the Capitol, halting the certification of Biden’s election victory over Trump, and forcing Vice President Mike Pence, who was presiding over Congress, into hiding.

Thompson’s committee is examining if Trump and his advisors encouraged or even plotted the violence.

After January 6, McCarthy told media that he had tried to discourage the effort to block certification, had a “heated” phone conversation with Trump on the day of the attack, and that Trump had at one point accepted some responsibility for it.

“All of this information bears directly on President Trump‘s state of mind during the January 6th attack as the violence was underway,” the letter to McCarthy said.

McCarthy had criticized Trump after the Capitol attack but has since resumed his support for the former president.

The committee has issued subpoenas to key figures who refused to testify voluntarily, and referred charges of contempt to the Justice Department on two who still refused, former Trump advisor Steve Bannon and chief of staff Meadows.

But it was unclear whether the committee would go so far with a senior member of Congress.