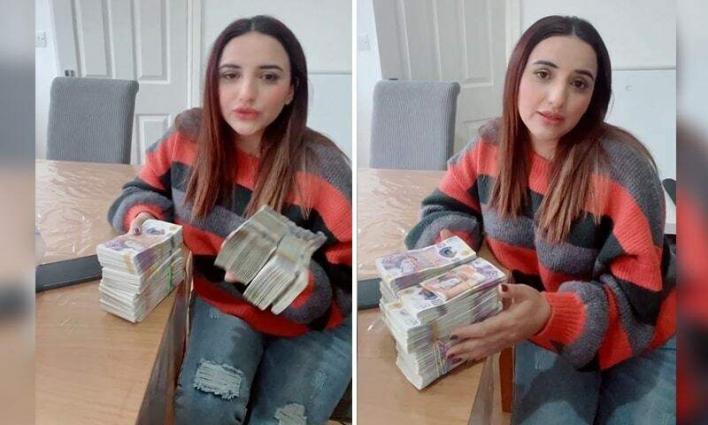 The TikToker denies travelling to the UK with heavy amount, says she had just made a fun video.

KARACHI: (UrduPoint/UrduPoint / Pakistan Point News-Jan 13th, 2022) TikToker Hareem Shah is in the hot waters as the Federal Investigation Agency (FIA)’s Cyber Crime Wing has launched an official inquiry against her for claiming to travel to the United Kingdom with a huge amount of money from Karachi.

According to some reports, the tiktoker, however, denied it and said that it was just a fun video.

The officer said that Hareem Shah video was an act of ridiculing, disrupting and defaming the government of Pakistan as the state institutions.

Imran Riaz said that Hareem also gloried the offence of Money Laundering in cyber space, adding that a notice was issued to her to explain her position.

Hareem shah whose original name is Fizza Hussain traveled from Karachi International Airport to Doha on the night of January 10. The TikToker had sad that she was travelling with a large sums of Currency of the first time. She also warned others to be careful and said that she reached Doha safely.