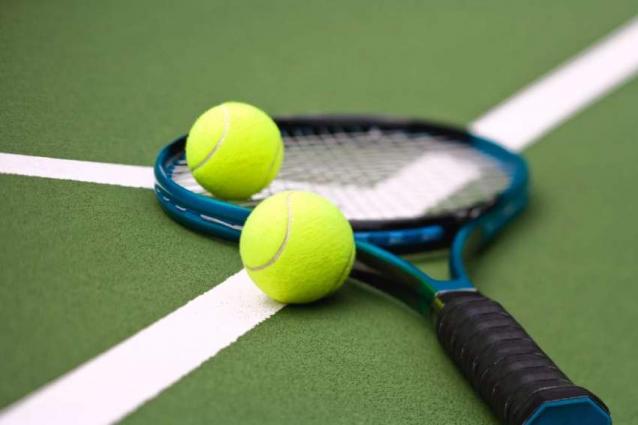 Pakistan’s top ranking promising Hamza Roman of Khyber Pakhtunkhwa Thursday named in the Pakistan National team to represent the country in the forthcoming International Junior U14 Davis Cup Tennis Tournament to be commencing from February 14, 2022 in Colombo, Sri Lanka

The team comprising Hamza Roman, Ihtisham Hamayun and Hasnain Ali Rizwan. Talking to APP Hamza Roman said that the Pakistan team will leave for Sri Lanka on February 11, 2022. “I am working hard under the coach Asim Shafique and currently in the national camp. He said, he had top the trials and selected on merit for which he is doing his training in three different sessions. He said the trial was held in Islamabad and with the grace of Almighty Allah he was selected. He said his coach Asim Shafique is giving him tough training in Islamabad. He said it is any honor that Coach Asim Shafique, a level level-III, the highest level, a coach has in Pakistan, imparting training to the players.

He said recently he won National Benazir Bhutto Tennis Cup besides winning gold medal in the ITF Tennis Tournament in U12 category for Pakistan held in Kazakhstan for the first time in Game history. The team, he said, played well and he won his single gold medal besides playing excellent in the doubles as well.

“We defeated top seeded players of India in the semi-final before winning the final against host Kazakhstan. India was top seeded, Kazakhstan was second seeded and Pakistan was seed seven in the tournament wherein eight top teams participated but we won the gold medal.

A consistent winner Hamza also won five national tournaments out of total seven so far played recently and got runners-up position in the other two tournaments.

He also defeated top seeded player of India in the Singles and played a key role in the Team’s doubles event as well.

He said Sir Asim Shafique is very good coach and at the highest level so far in Pakistan. He said: “I am feeling proud when Aamir Malik and top Davis Cupper international tennis stars of Pakistan Aisam Ul Haq and Aqeel Khan hosted a reception in his honor and for the honor of other team players. “We have learn lot from Aqeel Khan, Asim Shafique and other tennis stars of Pakistan.

He also lauded former Secretary sports Khyber Pakhtunkhwa Abid Majeed, former Directors General Sports Junaid Khan and Asfandyar Khan Khattak who extended all out support to him and his ailing father coach Roman Gul. He said Chief Minister Khyber Pakhtunkhwa Mahmood Khan who announced Rs. 0.2 million prize for him when he won the gold medal in Kazakhstan for Pakistan but he did not received the same amount and a request in this connection was also made to the newly posted Director General Sports KP Khalid Khan.