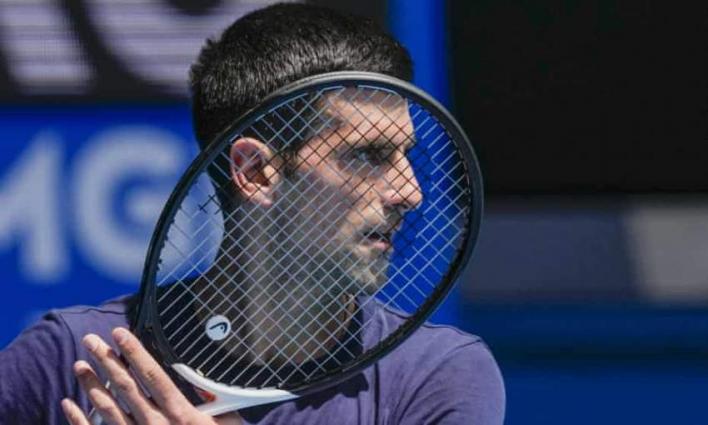 Immigration Minister Alex Hawke has cancelled the visa again by using his discretionary powers after a court quashed an earlier revocation and released him from immigration detention on Monday.

MELBOURNE: (UrduPoint/UrduPoint / Pakistan Point News-Jan 14th, 2022) The Australian government on Friday cancelled Novak Djokovic’s visa for a second timey, saying the world tennis No. 1, unvaccinated for COVID-19, may pose a risk to the community.

“Today I exercised my power under section 133C(3) of the Migration Act to cancel the visa held by Mr Novak Djokovic on health and good order grounds, on the basis that it was in the public interest to do so,” Hawke said in a statement.

Djokovic’s plight has been closely followed around the world, creating political tensions between Belgrade and Canberra and sparking heated debate over national vaccination mandates.

Djokovic, 34, had been held in an immigration detention hotel alongside long-term asylum seeker detainees since Thursday. He was at his lawyers’ chambers on Monday to hear the ruling, which included the government being ordered to pay his costs.