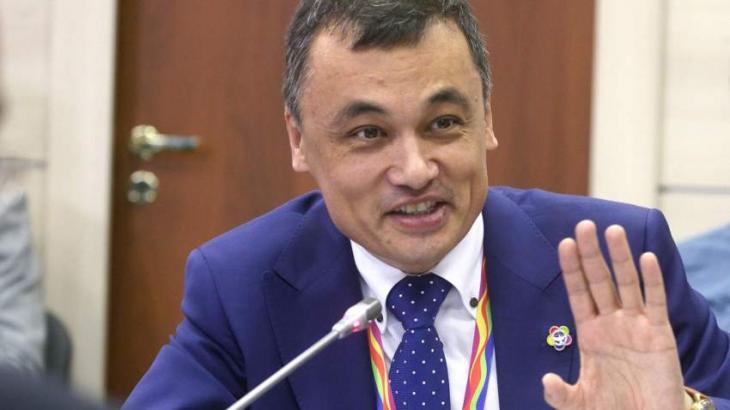 Kazakhstan’s new Minister of Information and Public Development, Askar Umarov told Sputnik on Friday that he has great respect for Russia, its history and traditions, calling Russia Kazakhstan’s closest partner

Kazakhstan President Kassym-Jomart Tokayev announced new government composition on Tuesday, with Umarov heading the information ministry, where he previously served as a deputy minister. The head of Russian governmental agency Rossotrudnichestvo, Evgeny Primakov, said that his organization would not contact or work with Umarov, calling his views Russophobic.

“I have a great respect for Russia, for traditions, history, literature, common historical centuries-old ties between our peoples. I myself speak the Russian language perfectly well and have an affinity for Russian culture,” Umarov told Sputnik in an interview.

The minister added that Russia was rightfully Kazakhstan‘s closest partner, stressing that the countries are bound not only by territorial proximity, but also by “solid friendship, mutual respect and strategic cooperation.

Speaking of the accusations of Russophobia Umarov called them “understandable, but exhausted,” saying that they were based on “emotional and incorrect” altercations made on social media over 10 years ago.

The minister also dismissed allegations of his irreverence for the history and memory of the World War II, referred to as the Great Patriotic War in post-Soviet countries, arguing that it cannot be objectively regarded as an alien war for Kazakhstan.

“The Great Patriotic War is the bloodiest war in human history, the victims of which were tens of millions of people. It a priori cannot be an alien war, it touched upon every family. Our great-grandfathers heroically took part in the battles and died on the battlefields. Therefore, in our countries we celebrate Victory Day with great emotion,” Umarov said.

The accusations of disrespect Russian citizens, as well as denigration of the memory of the World War II, are based on statements made earlier by Umarov, who described World War II as “alien” to the Kazakh people and Russian people in Kazakhstan as “an imposed diaspora.”