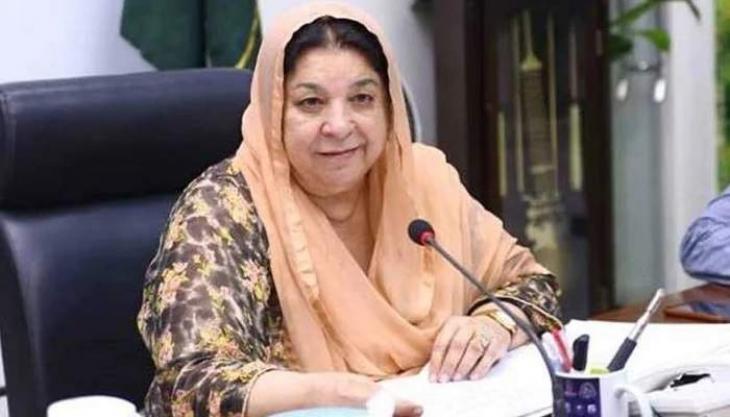 She was addressing the distribution ceremony of Naya Pakistan Qomi Sehat cards among residents of Abbot Road and Sanda areas here.

She said that the health was a great blessing and every family deserve good quality services. She said that in the first phase, 30 per cent of the population living below the poverty line were given Sehat cards.

She said that all residents of seven districts of Sahiwal and Dera Ghazi Khan Divisions got the cards in 2021, adding that over 70,000 families had availed eye treatment facility so far. “Now people no longer will have to stay in long queues for cardiac treatment,” she said.

Dr Yasmin elaborated that Naya Pakistan Qomi Sehat Card holders would be able to get health insurance coverage of up to Rs.1 million at over 50 private hospitals of Lahore. She alleged that no previous government thought of even facilitating the common man. She said that in order to provide best quality services, 23 hospitals were being developed across the province. The minister said that the 600 bedded Mother and Child Hospitals would also be completed soon, adding that in the last 70 years, no major scale up plan had been implemented for Ganga Ram hospital.

Dr Yasmin Rashid said that three new emergencies were also being developed at General Hospital, Services Hospital, and Jinnah Hospital. She cleared that every family head was being given Naya Pakistan Qomi Sehat Sahulat Card adding that widows and divorced women would also get cards.

She said that thalassemia patients were also given health insurance.

She said that the Hameed Latif hospital Lahore had provided cardiac treatment to over 500 patients under Sehat Card so far. “We are spending public money on the public alone,” she added. The minister said that the government had spent around Rs 14 billion for treatment of COVID-19 patients.

She said that Punjab had procured a vaccine worth Rs. 3 billion adding that with the blessings of the Almighty, coronavirus pandemic had hit Pakistan lesser than many other countries of the world.

“Even in our neighborhood the pandemic played havoc with lives,” she added.

Dr Yasmin said that Punjab had added over 48000 human resources in three years and another 10,000 people would be hired in the next three months.

She said that by good corona control efforts,the government was now able to open educational institutes.

“Our focus is on health and education“, she said.

She said that the entire population was being given Naya Pakistan Sehat Sahulat Cards with the efforts of the Prime Minister Imran Khan.

She said that the people could lodge complaints through the Sehat Card app as well in case they had any issue.

All necessary information was available in the Naya Pakistan Qomi Sehat Card app, she said.

“Cards are being given to the entire population despite unnecessary criticism by the opposition,” the minister said.

She said that the Prime Minister had set up an institution like the National Command Operation Centre (NCOC).

“The WHO has appreciated Pakistan for the health insurance of the entire population,” she said.

A large number of local residents attended the ceremony.