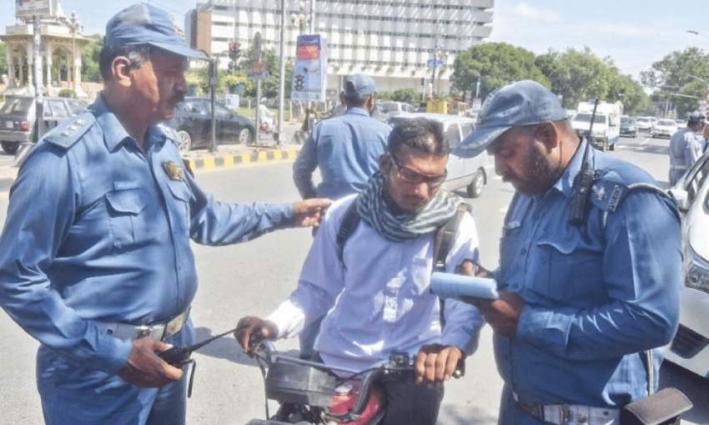 The City Traffic Police (CTP) has issued 16,001 driving licenses and generated revenue of over Rs 37.8 million during the year 2021

Talking to APP here on Saturday, Incharge License Branch, Mirza Ghulam Ali said that a total of 45,151 citizens have availed learner permit from the department while 33,078 gets their learner permits renewed during the last year. He said that 13,976 citizens have been awarded driving license while 2025 others have also gets their license change of category. He said that 6081 candidates failed to pass their driving test conducted by the city traffic police license branch.

He said that the department has issued licenses including 2087 for motorcycles, 8419 car+motorcycle, 48 for tractor trolley (TTC), 3367 LTV, 72 HTV, 56 for motorcycle rickshaw while 20 license have been issued in disable category.

He said that the department has suspended 48 driving licenses and cancelled four others over different kind of violations in the last year.

It is pertinent to mention here that number of women drivers has been increased in the last year as 810 women have got their first driving license. The passion of self driving was increasing day by day by women as a large number of females can been seen riding motorcycles and cars in the city.

Spokesman of the City Traffic Police Muhammad Adnan said that strict action was being taken on violations of traffic rules without any discrimination. He said that vehicles were being challaned over incomplete documents while FIRs were also being logged against the violators and their vehicles have also been impounded during the last year. He said that as per directives of the Chief Traffic Officer (CTO) Jalil Imran Ghalzai, zero tolerance campaign was continued against traffic rules violators.