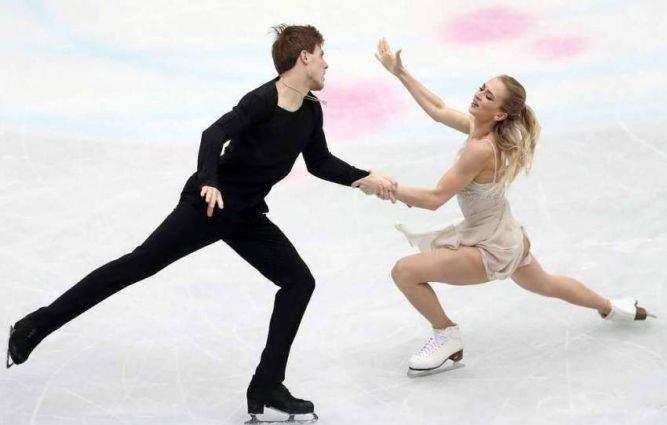 Sinitsina and Katsalapov won with a total of 217.96 points, ahead of compatriots Alexandra Stepanova and Ivan Bukin, who scored 213.20, and Italians Charlene Guignard and Marco Fabbri on 207.97.

Their main rivals for Olympic gold, French pair Gabriella Papadakis and Guillaume Cizeron, the 2018 Olympic runners-up, opted to miss the event in Tallinn as a health precaution ahead of the Games that start on February 4.

The winners obtained their best total of this Olympic winter. But, with two scores above the 220 points in the Turin and Grenoble Grand Prix in November, the French pair still hold an edge in their long-distance duel.

Sinitsina and Katsalapov won their first European title in 2020, narrowly edging the French pair, who had won the previous five titles.

The Russians also took the world title last March after the Montreal-based French pair opted to skip the event in Stockholm following a Covid-hit season.

The competition concludes in the evening with the women‘s free program and Russia poised to complete a title sweep.

In the pairs, Anastasia Mishina and Aleksandr Galliamov claimed the European title to add to their world championship triumph last year and 15-year-old Kamila Valieva will start the women‘s free skate with a comfortable lead after setting a new short programme world record.