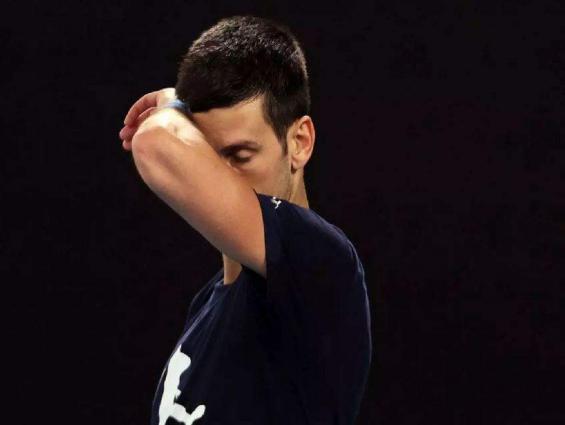 Melbourne, (APP – UrduPoint / Pakistan Point News – 18th Jan, 2022 ) :Australian Open organisers said Tuesday they “deeply regret” the impact that the Novak Djokovic deportation saga had on other players and admitted there were “lessons to learn”.

The unvaccinated men’s world number one flew out of Melbourne on Sunday after he failed in a last-gasp court bid to stay and play in the opening Grand Slam of the year, where he was targeting a record 21st major title.

His dramatic departure followed a protracted, high-stakes legal battle between the 34-year-old and Australian authorities that cast a dark shadow over the tournament.

In its first comments on the matter, Tennis Australia said in a statement it respected the court decision and hoped the focus could now switch to action on the tennis court.

“As the Australian tennis family, we recognise that recent events have been a significant distraction for everyone and we deeply regret the impact this had on all players,” it said, without mentioning Djokovic by name.

“There are always lessons to learn and we will review all aspects of our preparation and implementation to inform our planning — as we do every year.” The governing body also threw its support behind its embattled chief executive Craig Tiley, who has come under the microscope over his role in giving Djokovic the green light to come to Australia.

The 20-time Grand Slam champion arrived in Melbourne nearly two weeks ago thinking he would be able to play after being granted a medical exemption to enter the country.

The rationale was that he had contracted Covid-19 in the past six months, but it was challenged and after a legal battle he ultimately had to leave.

Djokovic is now back in Serbia with his image seriously damaged and his future unclear.