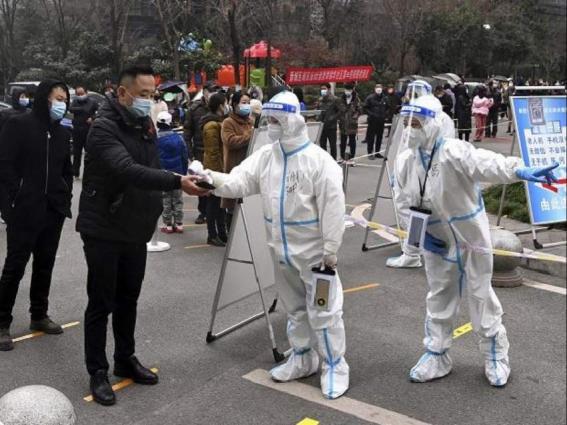 After reporting the first locally-transmitted Omicron case on January 15, Beijing has further tightened its epidemic control measures in a bid to ensure the safety of both the city and the upcoming Winter Olympic Games

BEIJING, (UrduPoint / Pakistan Point News – 18th Jan, 2022 ) ::After reporting the first locally-transmitted Omicron case on January 15, Beijing has further tightened its epidemic control measures in a bid to ensure the safety of both the city and the upcoming Winter Olympic Games.

In the face of the twin challenges of preventing the coronavirus from entering the country and stemming its domestic resurgence, government bodies of all levels in Beijing must operate under the state of emergency and beef up measures to curb the spread of COVID-19 in the capital during Beijing 2022, said Xu Hejian, spokesperson for the Beijing municipal government, at a press conference.

Xu noted that in addition to the previously required negative nucleic acid result 48 hours prior to arrival in the capital and valid health code, travelers entering Beijing from January 22 until the end of March must also undergo nucleic acid testing within 72 hours of entry.

Both travelers and residents are required to follow the latest preventive measures, and those who fail to report their health status or cooperate with the countermeasures will be held accountable in accordance with relevant laws and regulations, Xu stressed.

According to Pang Xinghuo, deputy director of the Beijing Center for Disease Prevention and Control, the possibility of the case being contracted from international mail cannot be ruled out.

Given the high infection risks brought about by international mail, Beijing‘s postal express sector has been conducting nucleic acid tests on its frontline workers. Workers in contact with overseas mail will be tested at least twice a week.