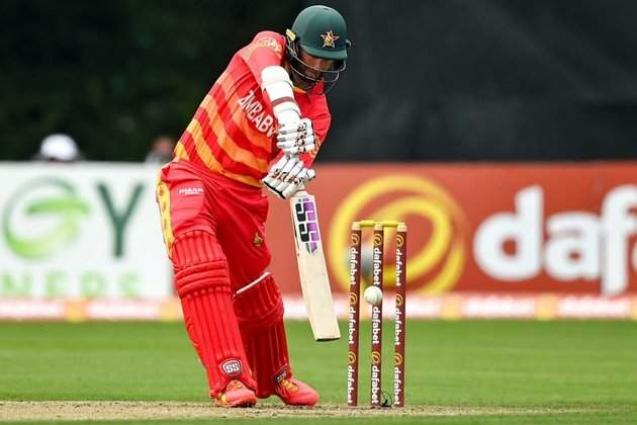 Ervine (91) capitalised on Zimbabwe‘s strong start in a 106-run third wicket partnership with Sean Williams (48) after the tourists, who trail the three-match series 1-0, elected to bat in Kandy.

Raza kept up the charge during his 56-run blitz as he smashed four fours and one six before getting out on the last ball of the innings.

Sri Lankan leg-spinner Jeffrey Vandersay took three wickets for 51 runs, but failed to stop Zimbabwe from surpassing their previous effort of 296 in the opening game.

Openers Takudzwanashe Kaitano (26) and Regis Chakabva (47) hammered 59 runs inside 10 overs to lay a solid foundation for the challenging total.

Vandersay bowled Takudzwanashe, who made his ODI debut in Sunday‘s series opener, and then denied Chababva his fifty after getting the wicketkeeper-batsman stumped.

Ervine stood firm and rebuilt the innings with Williams, who made 100 in Zimbabwe‘s opening loss, and the pair soon took the attack to the opposition.

Vandersay broke the stand after getting the left-handed Williams stumped with a googly, with wicketkeeper Kusal Mendis quick to whip the bails off.

Ervine completed his fifty in 56 balls but was nine short of a century after getting bowled by mystery spinner Maheesh Theekshana.