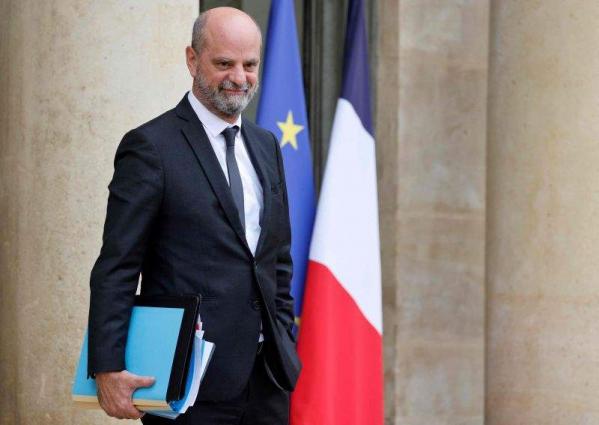 PARIS (UrduPoint News / Sputnik – 18th January, 2022) French education Minister Jean-Michel Blanquer has been targeted by opposition with calls for him to resign from his post over a controversy surrounding the new health protocol in schools which he is believed to have presented to the French public while vacationing on the Spanish island of Ibiza.

Blanquer came under fire from a number of opposition politicians after the MediaPart news outlet reported that the minister introduced the controversial health protocol in schools from Ibiza right before it came into effect on January 3.

“All this agitation and these (COVID-19) restrictions have no health but political basis. The casualness of Jean-Michel Blanquer, who dictates an infernal protocol to teachers and parents of students from his vacation in Ibiza, proves it,” Marine Le Pen, leader of the French far-right National Rally party and a 2022 presidential hopeful, tweeted on Tuesday.

Yannick Jadot, a presidential candidate from Europe Ecology – The Greens, called on Blanquer to step down for “neglect and irresponsibility.”

“Instead of preparing with teachers and parents of students for a return to school under Covid, the minister organized a media stunt with his feet in the sand.

This level of neglect and irresponsibility is not acceptable. I again call for the resignation of @jmblanquer,” Jadot tweeted in the early hours of Tuesday.

Florian Philippot, a presidential candidate and the leader of The Patriots euroskeptic party, criticized the COVID-19 policies of incumbent President Emmanuel Macron’s government at home in France, saying Blanquer deserves to tender “immediate resignation” for escaping to Ibiza.

“The macronists are putting the French people through hell, especially children at school, and we learn this evening that the Minister of National Education JM #Blanquer has been managing all this from #Ibiza?! Immediate resignation!” Philippot tweeted.

Several other opposition politicians also made similar statements on the matter.

On January 13, a nationwide strike of teachers protesting the constantly amended health protocol in schools took place. Some demonstrators also demanded the resignation of Blanquer. Earlier this week, teacher unions called for another manifestation against the government‘s poor management of the coronavirus crisis in schools.