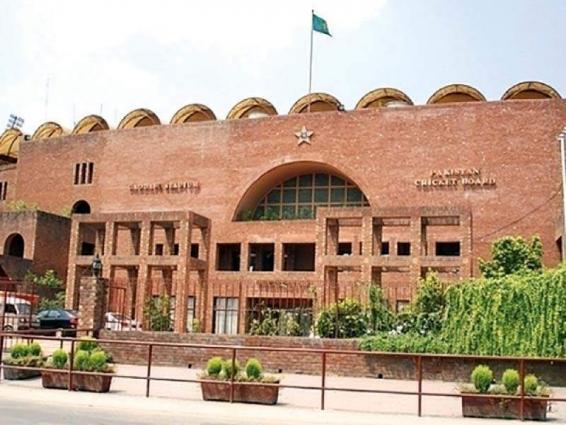 Pakistan Cricket Board on Monday suspended the ongoing National U13 and 16 One-Day Tournaments after it became aware that some over-aged cricketers had been participating in the events taking place in Karachi and Multan, respectively

Lahore (UrduPoint / Pakistan Point News – 18th January, 2022) Pakistan Cricket Board on Monday suspended the ongoing National U13 and 16 One-Day Tournaments after it became aware that some over-aged cricketers had been participating in the events taking place in Karachi and Multan, respectively.

To protect the spirit and essence of these U13 and U16 tournaments by ensuring that only deserving cricketers feature in the relevant age-group competitions, which act as pillars of the PCB’s Pathways Programme, the PCB has decided to conduct a third round of bone age verification tests, following which the teams may be revised before both tournaments commence next week from scratch.

Bone age tests in Multan, where each Cricket Association has fielded two teams each, will be conducted on Tuesday and Wednesday, while tests on 150 cricketers (including playing members, traveling reserves and reserve pool of players per side) participating in the U13 event in Karachi will be held on Tuesday.

Players found over-aged following the latest bone age tests, will not be allowed to participate in these competitions. However, before the PCB takes appropriate actions, it will provide these players a two-day appeals window at the back of the fresh tests, during which the players can either undergo another round of bone age test or submit their original birth certificates and other supporting documents to verify their ages.

Until the tournaments resume, the teams will remain at their stations and will continue to train and practice under the supervision of the PCB-appointed coaches.

PCB Director – High Performance, Nadeem Khan: “After visual assessment confirmed that some over-age cricketers were participating in the U13 and U16 tournaments, suspending the events and conducting fresh bone age tests was absolutely the right thing to do.

“The PCB, as the sole governing body of cricket in Pakistan, cannot allow over-age cricketers to take advantage of the flaws in the system and cause demotivation and mental stress to deserving under-age cricketers as well as their parents.

“Falsifying age to become eligible to participate in age-group cricket is not only an offence but a menace that has been plaguing our system. This now needs to be corrected to protect the integrity of the tournaments as well as to stop the exodus of young talented cricketers.

“The PCB will carry-out third round of bone age tests and players who are ultimately found to have breached the process, will be ejected from the tournaments before a decision on their future participation in PCB-organised events is made. Separately, the PCB will also review its internal processes and try to put in place protocols whereby only cricketers who are genuinely the relevant age get an opportunity to compete in PCB-organised events so that they remain on track to fulfilling their dreams though our pathways programmes.”