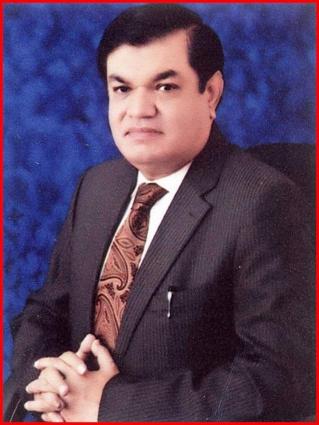 The budget deficit from July to December has reached Rs1.8 trillion, which is 29 percent more than last year, he said.

Mian Zahid Hussain said that the people are starving but the government is claiming the growth rate of 5.37% which is nothing more than misplaced optimism.

Talking to the business community, the veteran business leader said that if the economy had been growing, the number of unemployed would not have increased by 20 million during the pandemic.

He said that despite the increase in remittances and exports during the first six months of 2022, the current account deficit has been nine billion dollars due to the unstoppable flow of imports.

According to the central bank, the 12-month current account deficit will be up to 4% of GDP, but some independent economists say that it will exceed 4%.

Mian Zahid Hussain said that despite loud claims of savings, non-development expenditure has been rising steadily for three years.

Just like the previous governments, the present government is squeezing the existing taxpayers and the people to increase its revenue while direct taxes are not being given priority, he observed.

Mian Zahid Hussain further said that there is a limit to increase the burden on the existing taxpayers and the people and now the government has to take the path of direct taxation otherwise it will have to increase its dependence on loans.

There are millions of rich people who are not being taxed despite the availability of data with the government but the lax attitude of authorities is barring the expansion in the tax net.