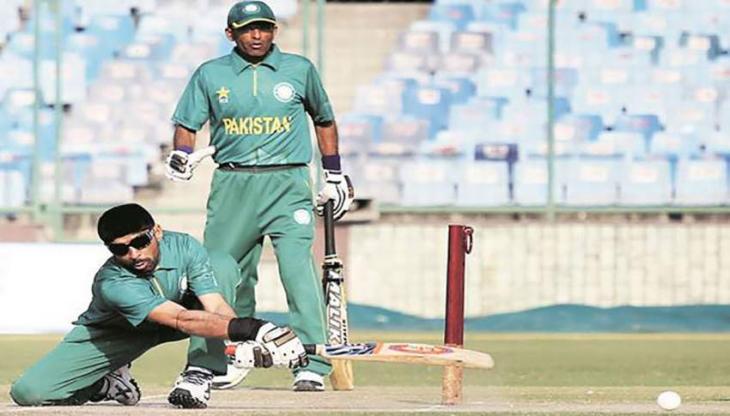 “We have invited 30 players for the camp out of which 15 players will be selected for the ODI and T20 series against South Africa,” Syed Sultan Shah, chairman PBCC told APP.

South African Blind cricket team will be touring Pakistan from February 26 to play three ODIs and as many Twenty20 matches. “The ODIs will take place in Karachi, while we are yet to pick venue for T20 fixtures from Lahore and Faisalabad“, he added.

According to Shah, the training camp for the national side will commence in Lahore from February 16. “We’ll try to introduce some new players in the series to give them exposure,” he said.

The South African team will be touring Pakistan on the invitation of PBCC. Their tour will conclude on March 9.

“It has been an effective training camp for Blind Cricket South Africa. This camp has enabled us to not only prepare and practice, but also to promote and facilitate our players’ dignity and independence,” said Michael da Silva, the coach of BCSA national team.

A 20-member South African team with players who all come from different provinces, including officials, will tour Pakistan,” he said, adding that Blind Cricket South Africa will reveal the national team players for the series in the first week of February and that they have identified a pool of 25 to 30 players from whom the final line-up will be picked.

The team stayed at Haron Bridge Retreat from Friday (January 21) to Sunday (January 23) for the training camp. BCSA identified the need for a national camp to prepare the country’s best visually impaired cricketers for what would be a difficult yet exciting voyage to Pakistan.

“Being at the training camp has helped me understand that there is genuine concern and appreciation for each other among the players. To us, cricket is not only a game where champions are built. On and off the pitch friendships are also being forged, even on the opposing team,” he said.

“We are really thankful to the City of Johannesburg and other sponsors for their help and support as players prepare for Pakistan; these gestures mean a great deal to us and the players,” said Isaac Bidla, the president of Central Gauteng Lions Blind Cricket.

“Playing blind cricket teaches players a lot; not only do they enjoy themselves, but they also develop mobility, the capacity to respond to sound, and fair play.”/395/932